Well, you might have seen in the movies and TV shows that stereotypical man wants sex all the time, but they can never seem to get enough. However, the truth is that lots of men today experience problems with their sex drive, even though they are having a healthy relationship. Following are the 10 most common reasons men say no to sex.

1. He Has Low Testosterone Levels

The hormone testosterone stimulates sexual desire in men. Testosterone levels gradually decrease as a man ages, so that men over 40 generally have lower libidos than men in their 20s. Some men lose the ability to produce testosterone at a faster rate than others. If a man is experiencing low sex drive and erectile dysfunction, a doctor can use blood tests to confirm that his problems are due to low testosterone. If this is the case, hormone replacement therapy can be used to bring levels back to normal.

Men are less interested in sex when they are under stress. Anxiety over challenges at work, financial problems, parenting difficulties or health issues can all have a libido-lowering effect. Several studies have found that elevated levels of the stress hormone cortisol are related to lower levels of testosterone. The irony is that sex is one of the best forms of stress-relief. If a man can temporarily put his worries aside to enjoy intimacy with his partner, he’ll feel far more relaxed afterward.

Busy lifestyles, working long hours and multiple choices home entertainment means that 60% of adults get less than the recommended eight hours of sleep. Lack of sleep can interfere with your body internal systems and leads to fatigue, damages to brain cells, low-energy, irritability, long-term memory impairment, tension and drowsiness. It can also have a direct impact on testosterone production in men, lowering it by up to 15%. When a sleep-deprived man goes to bed, rest may be a more tempting option than sex. Many sleep disorders can also contribute to low libido. 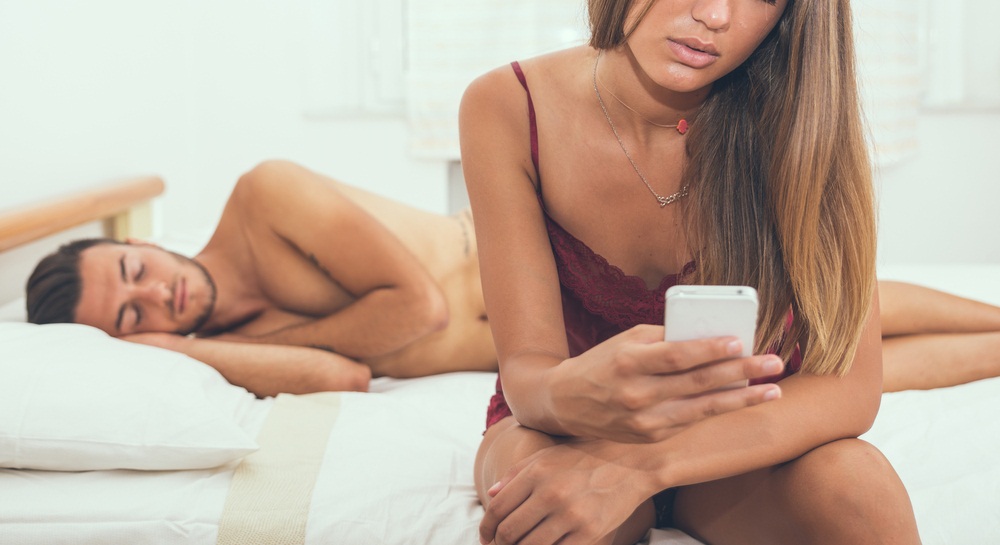 4. He Has A Sexual Disorder

In a research, it has been estimated that 1 in 10 men has a problem related to sex, such as erectile dysfunction or premature ejaculation. Sexual disorders can have a variety of physical causes including high blood pressure, narrowing of the arteries, diabetes, smoking, drinking and prescription medications. They can also be due to stress, anxiety or depression. Many men who experience these problems avoid sex due to embarrassment or fear of disappointing their partner. Medications, therapy or lifestyle changes can usually resolve the issue.

Depression is one of the most common causes of low sex drive in men. The mood disorder slows down brain activity and causes feelings of hopelessness, despair and fatigue. Depressed people are unable to take pleasure in activities they normally enjoy. They typically avoid doing anything that requires energy, spontaneity and co-ordination, including sex. Depressed men may also suffer from loss of libido and erectile problems. Appropriate treatment for depression can restore sexual desire.

The bed used to be used for two purposes: sleep and sex. These days most couples have a TV in the bedroom. Many also use laptops, tablets, e-book readers and hand-held video game consoles while sitting up in bed. Couples who are occupied with different forms of entertainment are far less likely to become intimate. If a woman initiates sex while her man is in the middle of an exciting action game, he may well tell her to wait until he’s finished, by which time they both need to go to sleep. Technology is best kept out of the bedroom and devices turned off well before bedtime.

Medicines do have some severe side effects, and some can even lower libido or interfere with sexual function. These include commonly prescribed drugs for high blood pressure such as beta blockers, ACE inhibitors and calcium channel blockers.

Medications for depression, in particular SSRI’s, are another common culprit as are anti-seizure medications. Men taking prescription drugs that limit their sex-life should speak to their doctor about possible alternatives.

A middle-aged man who is already experiencing lowered testosterone levels will lose significantly more if he is obese, resulting in a chronically low libido. Compounding this problem is the fact that many obese men are embarrassed by the shape of their bodies and uncomfortable with revealing them. Weight loss can restore a healthy libido.

Many couples lead very hectic lives, balancing work, childcare, cooking and housework. If a man works long hours, has a lengthy commute and shares domestic duties, finding time and energy for sex can be a problem. In one survey, more than half the partners of people working over 48 hours a week reported that the extra time on the job was damaging their sex life. Instead of expecting sex to happen spontaneously, busy couples could make it a priority and set aside a certain time for sex each week.