Setapp Review – A Collection of Software Worth Subscribing

360 Total Security has been on the scene since 2014 when it was introduced by Qihoo 360, an internet security company based in China. Since then, the application has seen steady improvements and now includes a variety of antivirus, anti-ransomware, and anti-malware protection capabilities.

In testing 360 Total Security, we found that it also includes a computer maintenance suite that does an excellent job of helping your computer run more efficiently.

And the paid version of 360 Total Security includes some premium features you might not find, even with other paid antivirus subscriptions. Read on to see what else we thought about the antivirus software during our time testing it.

Unfortunately, in industry testing through AV TEST, 360 Total Security was found to be less effective at catching and removing viruses than its industry peers. 360 Total Security scored only 91.7 percent on detections, compared to most other antivirus products that average in the 98-99 percent range.

Scan Locations: Scan Anything, Everything, or Just the Basics

By default, 360 Total Security conducts a Quick Scan on your system as soon as it’s installed, even before you complete reading and signing the Privacy Policy (which is quite thorough). This scan checks for existing virus applications on your main hard drive and takes only a few minutes to complete.

However, you’re not limited to the quick scan. A Full Scan will examine system settings, common apps, running processes, startup items, and files to ensure you have no existing malware likely to cause trouble with your system. You can schedule this (or any other scan) to take place at regular intervals (daily, weekly, etc.) or during overnight hours so there is no concern with your system bogging down while the scan is taking place.

You can also conduct a custom scan of any connected external hard drive or storage device. Those scans are not quite as fast. During our test, we scanned a portable hard drive with more than 60,000 files (184 GB used space) and the scan took less than an hour and caught five potentially threatening files. Of those, three were actually legitimate files that posed no threat to our system. The other two were questionable and a good catch by the software. What we found is that 360 Total Security doesn’t like .htm and .html files, and flags them as potential security threats, even if they’re saved and you want them saved to your computer.

During the tests on our system, 360 Total Security performed well. It caught all the threats we released, but the poor industry testing scores make us wary of trusting this application too far.

Another frustration for some users may be the fact that some features, such as the data shredder, driver updater, and firewall, are only included with the premium version of the service.

Ease of Use: Clean, Easy-to-Navigate Interface

From the moment of installation through selecting a custom scan and using the additional tools that are included with 360 Total Security, users will find this is a relatively easy-to-use application. The most used functions are on the dashboard of application, which opens when you click the icon in the taskbar. There are a few functions (like the different scanning capabilities) that are buried in options menus, but once you’ve been through the menus one time, it’s not hard to find whatever feature of capability it is that you need.

Update Frequency: A Little Murky Unless You’re a Premium Subscriber

According to industry statistics, there are thousands of new virus signatures defined each day. 360 Total Security claims to update virus definitions once a day, but premium subscribers are promised “First Priority Update” which leaves the question, what about everyone else? And does that mean those definitions are still only updated once a day for premium subscribers? The company claims to protect in real-time, so there is some inconsistency in messaging there that could leave users unsure if they are protected from the latest threats or not.

Performance: Light System Footprint Means You Can Carry On

Contrary to many reports we’ve seen about 360 Total Security, the application’s performance on our system (a Windows 10 machine) was nearly unnoticeable. Quick, Full, and Custom scans took place in the background while we worked on other things, and we experienced no lag or freezing in those other applications.

We also found the installation process to be light on system resources.

It’s worth noting there are two free versions of 360 Total Security, and each offers a different level of tools. 360 Total Security Essentials is your basic antivirus application that offers virus and malware scans, anti-ransomware, a sandbox for opening unknown files, secure online shopping, privacy protection, internet protection, and system protection.

One level above that is 360 Total Security. Although still free, this package includes everything from the Essentials package, plus Patch Up, which monitors and installs system security patches as they come available; a Wi-Fi Security Check, and the Clean Up and Speed Up applications. Both Clean Up and Speed Up are utilities to help your computer run more efficiently and we found them both to be extremely useful. On the first run of these tools, 360 Total Security found and optimized 176 performance issues and cleaned up more than 32 GB of junk files on our system.

Jump up to the premium version of 360 Total Security, which we found to be very affordable, and you can add a host of additional features, including:

The addition of the driver updater and the firewall can greatly improve your security. And having a data shredder is always a good idea to ensure that files you delete can’t be reconstructed by some nefarious troll trying to gain access to your personal data.

If you run into problems with your installation of 360 Total Security, they do offer a knowledge base that answers some basic questions. You won’t find anything more than the basics there, however, which means you’ll be relegated to a ticket or e-mail system. And despite the “First Priority Update and Support” promised for premium subscribers, there doesn’t seem to be a way to contact Support techs by phone. Still, the answers you’ll receive from the ticket support system are generally helpful and usually arrive in a few hours.

Price: Very Affordable, Even for a Premium Subscription

360 Total Security Essentials and 360 Total Security are free but ad-supported. The ads don’t seem to be as intrusive as it has been reported in the past. During the time that we used the free versions, we saw only a bare minimum of ads.

If you opt to subscribe to the paid version of Total Security Premium, there are different tiers, depending on the number of devices you want to cover and the length of time you want your subscription to run. One device will cost between around $20 for one year to around $40 for three years. If you up that to three devices, the cost goes up to around $30/year to $50 for three years. And for users that need to secure five devices, you can expect to pay around $35/year up to $70 for three years.

Useful, but shouldn’t be used as a standalone security product.

360 Total Security is definitely not the cream of the crop when it comes to antivirus protection. Though it has a light system footprint and it’s relatively easy to use, the false positives and poor industry lab test scores are concerning. We wouldn’t recommend 360 Total Security as a standalone security product. However, since it does play well with other antivirus applications, even the free versions of 360 Total Security are a nice addition that can bring some premium features to your protection suite without increasing costs.

Note: When you purchase something after clicking links in our articles, we may earn a small commission. HasThemes is a popular, reliable, and time-tested website template marketplace. It offers the best of WordPress, Shopify, Bootstrap, and WooCommerce Themes, among others. They have a very good track record and have been able to win over the […] 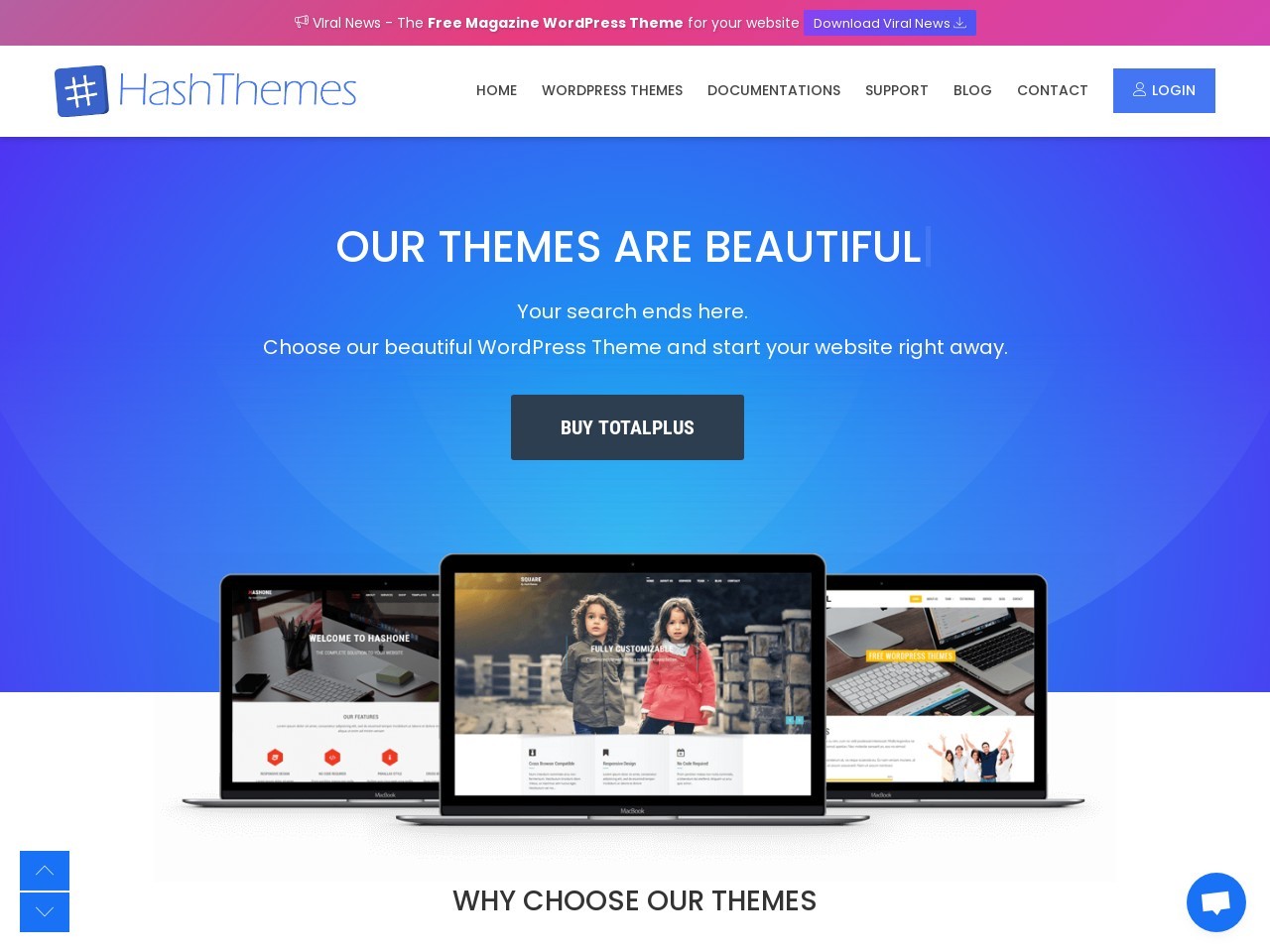 When you purchase something after clicking links in our articles, we may earn a small commission. With the coronavirus epidemic sweeping the world, many companies, such as Facebook, have accepted telecommuting, which allows employees to work from home. At this time, many companies and employers are searching online for a good employee monitoring tool. Espionage […]

Note: When you purchase something after clicking links in our articles, we may earn a small commission. HasThemes is a popular, reliable, and time-tested website template marketplace. It offers the best of WordPress, Shopify, Bootstrap, and WooCommerce Themes, among others. They have a very good track record and have been able to win over the […]

The growing amount of sellers that are using Amazon is vastly increasing the competition level on its already incredibly large platform. Although, there are some lucrative ways to stand out. If you use the proper tools, it can make standing out that much easier for you. Among the best tools you can use is the […]

Setapp Review – A Collection of Software Worth Subscribing

SEMrush Review – The Most Worth Buying SEO Tool